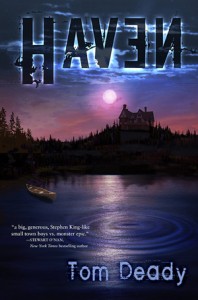 Haven by Tom Deady (that’s me!) is over 70% sold out! This special edition hardcover will NOT be reprinted. Get yours here!
About the Book:
In 1961, the small town of Haven thought they’d gotten rid of their monster.
After a series of child killings, Paul Greymore was caught carrying a wounded girl. His face, disfigured from a childhood accident, seemed to confirm he was the monster the community hoped to banish. With Paul in prison, the killings stopped.
For seventeen years, Haven was peaceful again. But Paul served his time and has now returned to Haven–the town where he grew up, and the scene of his alleged crimes. Paul insists he didn’t commit those crimes, and several townspeople believe him including the local priest, a young boy named Denny, and his best friend Billy.
Trouble is, now that Paul is back home, the bizarre killings have started again–and the patterns match the deaths from Haven’s past. If Paul isn’t the killer, who is?
Or WHAT is? An unlikely band of adventurers attempts to uncover the truth, delving into long-hidden tunnels that might actually be inhabited by a strange, predatory creature.
Haven is a compelling horror epic in the spirit of It or Summer of Night, and a stunning debut novel from a gifted author who knows that the darkest horrors lurk inside human beings, even when there is a monster on the loose.
Published as a Hardcover Limited Edition:
• Limited to just 750 signed and numbered copies
• Personally signed by the author on a unique signature page
• Printed on 60# acid-free paper
• Bound in full-cloth with colored head and tail bands
• Featuring hot foil stamping on the front boards and spine
• Printed and bound with full-color endpapers
• Smyth sewn to create a more durable binding
• Wrapped in a full-color dust jacket
• Limited ONE TIME printing of this special edition
• Retail price just $40!
Tags: HavenTom Deady 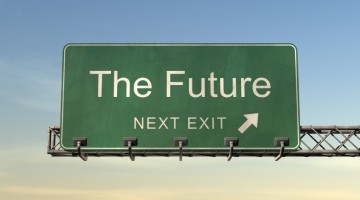