It’s Red Sox vs. Tigers in the ALCS 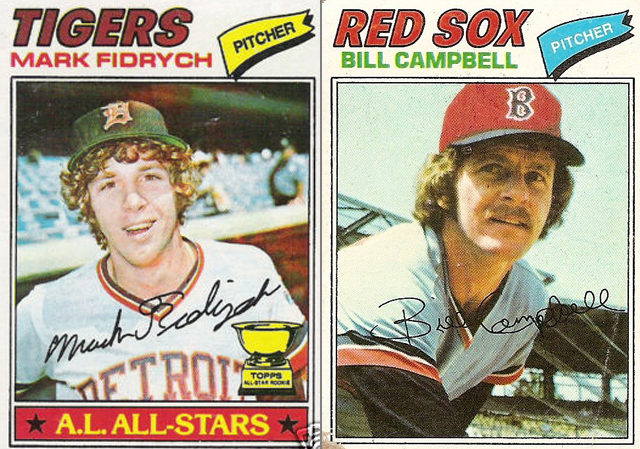 Like most Sox fans, I was rooting for the A’s to make it to the ALCS. Not just because I wanted revenge for all those postseason beatings by Dave Stewart-led teams in the 80s and 90s, but because I didn’t want any part of that Detroit pitching staff.

As has been noted, this Red Sox line-up is crafty, but can often be shut down by a pitcher who’s on his game. And Justin Verlander and Max Scherzer are almost always on their game. And if we needed any reminder of how tough these guys can be, consider Verlander’s 8-inning, 2-hit shutout of the A’s last night to clinch the series. Watching Verlander set ’em up and knock ’em down like bowling pins, I had visions of Mike Napoli and Salty swinging madly at the air and coming up empty. In comparison, facing Oakland’s staff, anchored by Bartolo Colon, may have seemed a walk in the park.

Detroit’s bats won’t be easy to contain either, when you consider that their line-up includes the Last Son of Krypton, Miguel Cabrera.

Interestingly, in 2013, our bats fared better against the Tigers. Although we had a 3-4 record against them, we scored 43 runs while giving up 35. Those numbers get a big boost from the 20-4 shellacking we put on them in early September, in which Ryan Dempster of all people held a Cabrera-free line-up to 6 hits and 4 runs through 6 innings. Take that game out of the equation, and our numbers vs. Detroit look a lot like our numbers vs. Oakland, which are 3-3, 21 runs scored, 32 runs allowed.

But I look at it this way: coming into the ALDS, when we weren’t sure who our opponent would be, OI said the last team we wanted to face was the Rays, because any team that could throw David Price twice would be the path of greatest resistance. Yet, the Sox were able to peck away and get to Price.

That last Fenway series against Detroit, where we went 2-1, was hailed as a potential ALCS preview going in and the Red Sox showed they could match up nicely. Everything starts again in October, but if our line-up can break through — and if Napoli, a non-factor in the ALDS, comes back to life — I like our chances. Especially with that home field advantage. That said, the Red Sox will almost certainly be underdogs, at least on paper.

Regardless, it’s a long weekend in Boston, the leaves are falling, the beer is on ice, and while practically every other team has already shut down for the winter, the Red Sox will host game one of the ALCS on Saturday night.

If someone told you that a year ago, would you have believed?