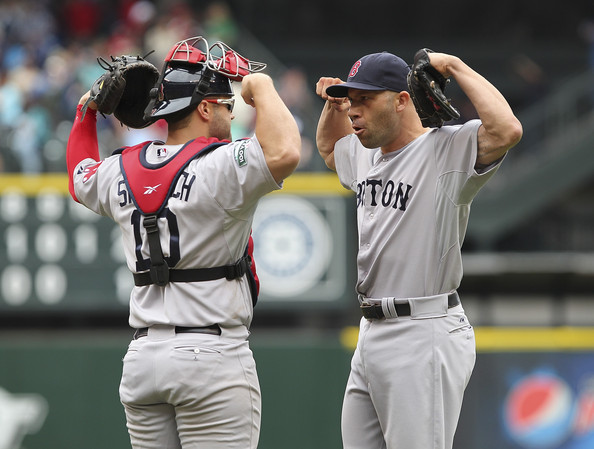 One week into Spring Training and we’ve already seen a Buchholz injury and a Beckett-like interview with Lester. Not to be left behind, Alfredo Aceves is apparently up to some hi-jinx of his own. According to Joe McDonald at ESPN Boston, Aceves was reprimanded by John Farrell after not performing as expected during his BP session.

After the session was complete, Farrell signaled for Aceves to join him behind the cage and the two spoke for a few minutes as Nieves joined in.

“The one thing I’ll say about that is, he didn’t go through the drill as intended and we’ve addressed it,” Farrell said after Day 7 of spring training was complete.

“His session on the mound didn’t go as intended. He’s healthy. It’s been addressed,” Farrell said.

Apparently, Aceves was upset because he was scheduled to throw first at 10:45 a.m. Instead, John Lackey pitched in that time slot. When asked if that was an issue, Aceves said it wasn’t. He was then asked what Farrell and Nieves said to him afterward his session.

Aceves was a bit standoffish, and answered, “That stays in the team.”

The positive out of this is that Farrell seems to be trying to hold players accountable. Whether he will be successful or end up with a mutiny is another question.