Tim Wakefield, Movie Star: An Interview with the Directors of “Knuckleball!” 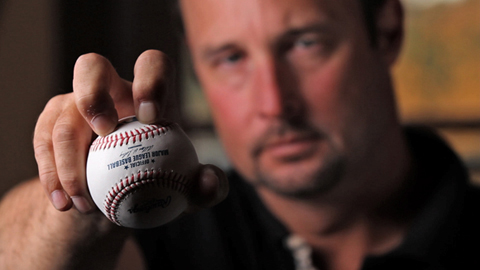 With his grizzled good looks, introspective gaze and world-weary eyes, I figured Tim Wakefield might one day land a movie role as the world’s nicest hitman or perhaps an aged cowboy who travels the badlands, politely suggesting that wrongdoers find better ways to spend time than cattle-rustling and village-plundering.

I wasn’t even close. Wake’s making a movie, alright. But it turns out he’ll be playing himself.

In Knuckleball!, directors Ricki Stern and Annie Sundberg follow Wake through his last season in the game, juxtaposing it with Mets up-and-comer RA Dickey, who will be MLB’s sole knuckleballer this season. Since Stern & Sundberg’s last film was the documentary Joan Rivers: A Piece of Work, I had to get them on the horn to find out how in the hell they made the jump from Rivers to Wakey. They were kind enough to respond.

Red: What attracted you to this subject matter?

Ricki: Annie and I had wanted to do a sports film for some time and were looking at some different ideas when two of our friends, who are the producers on this film, came to us with the treatment for Knuckleball. As soon as I saw it, I loved it, and my family, all Red Sox fans, were thrilled with the idea of me following Tim Wakefield around. In fact, they immediately picked up apples in my kitchen and started to throw them around like knuckleballs.

Annie: And your daughter once wrote an essay about how to throw a knuckler, didn’t she?

Ricki: Right. When my daughter was in the third grade, she had to do one of those ‘how to do something’ articles and she did hers on how to throw a knuckleball. So it was part of the landscape in my house, but when we started to get into this project we realized that the people who throw the knuckleball really embody this idea of survivors, guys who live outside the box and who will do anything to accomplish their dreams. We found that their stories were very inspirational and in many ways transcended baseball and were really about what we all do to survive.

Red: It would seem that among practitioners of the knuckleball, there really is a sort of brotherhood. Did your experience making this film confirm that for you?

Annie: It did. One thing that was interesting for us was the rapport that Tim and R.A. have with other retired knuckleballers like Phil Neikro or Charlie Hough. In the film, there’s a scene when R.A. is in Los Angeles and he meets with Charlie to look at some tape of him pitching, and it becomes pretty obvious that there’s a very unique bond between the retired knuckleballers and the ones still playing. And I think at some point, we’ll see a young up and comer or someone who’s older and wants to reinvent himself turning to R.A. for advice. It will never be a dying art so long as you have R.A. and Tim and Phil and Tom Candiotti and Jim Bouton who can pass along this tradition.

Red: Wake is about the closest thing we have to the Patron Saint of Baseball in Boston; a guy who represents everything that’s good and right with the game. Did you get the same impression making this film?

Ricki: We did. Pitchers in general are solitary beasts. Every pitcher is sort of on an island by themselves, but there’s a generosity with this knuckleball fraternity that we witnessed first-hand. Each one of them talks about what they’re willing to do for the team and how they see their role as being there to do anything and everything — spot start, eat innings — they’re there to protect the team’s interests and maybe that plays into the nature of who they are as gentlemen and individuals. They’re good guys.

Annie: Tim was always quick to say, ‘I’m not the superstar. I like to be the anchor of the team.’ He saw that as his position and that’s what he was comfortable with.

Ricki: We often said while making this film that the reward for these guys may not be the fame or the huge bucks, but they get to play longer than anybody else, and also seem to have the fiercest fan clubs.

Red: Reportedly you went to great lengths to capture the mechanical look and feel of the knuckleball in this film.

Annie: We used a Phantom and we had this contraption, built by Ricki’s dear friend who was also our prop stylist, that involved an enormous piece of safety glass and allowed us to film these pitchers throwing straight at the camera lens. It was really remarkable because you get to track the pitcher’s movements every step of the way until the moment of release and that ball floats. We shot from two different angles during two different games at Fenway and really tried to break down the mechanics of the pitch and track the ball visually so that people could understand what this thing does.

Red: Can you tell me something you learned or that surprised you in making this film?

Annie: One thing I wasn’t quite as aware of is the unique relationships between catchers and knuckleball pitchers. I didn’t realize just how panic-inducing the knuckleball is for these catchers, and how it can really screw up their timing. We know it can screw up a hitter’s timing, but for catchers, your career can really be shaped by whether or not you get assigned to a knuckleballer.

Ricki: Specifically with Tim’s story, I think it was interesting when he did get his 200th win that he was so moved by the fact that his teammates stayed for him to be interviewed and lauded. It really struck him because he said you get so deep into the season and you’re in your own bubble, you can sometimes lose track of your team. That was such a re-affirming moment for him and I thought it was an interesting take on baseball in general.

Knuckleball! will premiere at the Tribeca Film Festival in New York on April 21. Stay tuned for info on a Boston date. All-in-all, it sounds like a nice coda to the Extraordinary Gentleman’s career. Even better, it allows us to connect Wake to Kevin Bacon in just four degrees (since Wake worked with these directors who worked with Joan Rivers who made the voice of the robot in Spaceballs which starred John Candy who appeared in JFK with… Kevin Bacon.) 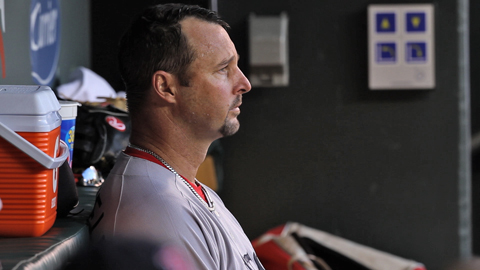 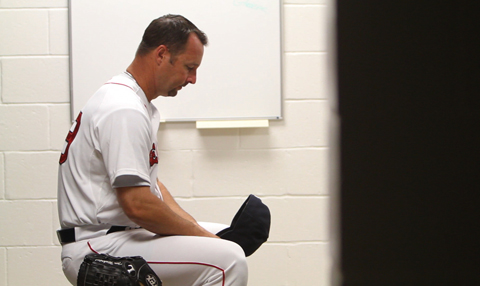