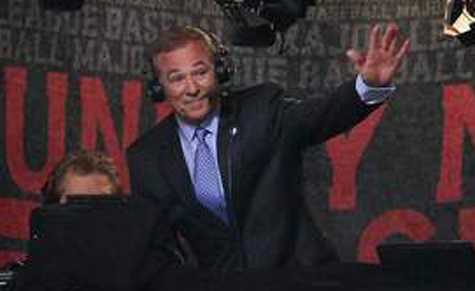 With Ozzie Being Ozzie and Bobby Being Bobby, I had a weird feeling that yesterday’s grapefruit game between the Sox and Marlins might be laced with “hijinks.”

What I didn’t expect was an Ozzie G ejection followed by a taunting Bobby V goodbye wave as the Oz left the field followed by an Ozzie post-game declaration that the V-Man can “go f#$k himself.”

I think it took Butch Hobson roughly 14 regular season games before half his team told him to go pound sand. And Carl Yastrzemski had the good sense to wait until after the ’67 All Star break before showing up outside Dick Williams’ suburban home with “F$%K YOU” scrawled across his buttocks in red Sharpie. So this is one for the record books.

If this is just a taste of what Bobby Standard Time is gonna be like, I say start the goddam regular season tomorrow. The memories can’t wait.