Bedard Got Served, Then We All Did 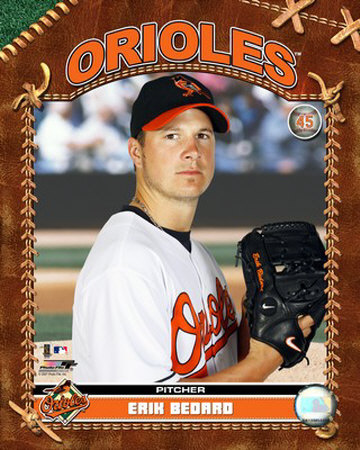 Because you just can’t make this stuff up:

Hours before taking the mound for the reeling Red Sox against the Orioles Tuesday night at Fenway Park, pitcher Erik Bedard was served with papers in a child support case, The Post has learned.

Bedard was served with papers from Massachusetts Probate and Family Court at Fenway Park at 3 p.m. Tuesday. The papers were served by lifelong Yankees fan Tom Cabral, who was acting on behalf of Bedard’s ex-girlfriend Courtney Roberts.

Cabral didn’t bother to hide the fact he is a Yankees fan. In fact, he proudly wore a Yankees shirt while he served Bedard the papers.

“When I walked in I was like, I’m a Yankees fan, but I’m not trying to (give you a hard time),” Cabral said. “I told him that and said, sorry, I’ve got to do this. But he said it was no problem. I handed him the copies of all the documents and he signed them.

“(The Red Sox) legal department was joking with me about it … they were saying, ‘That’s why you’re so adamant about doing it today … you’re a Yankees fan.’”

Anyway, we kinda have to thank the Yankees for beating the Rays twice yesterday, keeping us 2.5 games up in the wild card even after another miserable loss to the Orioles.

Trust me: When the Sox make it to the World Series, we’ll look back on all of this with a grin on our faces and a beer in our hands. It’s an attempt to reverse the pre-season jinx. Coming out of the gate, everyone picked us to win it all. After limping into the postseason, we’ll be projected to be the first team knocked out.

Hence, we should win it all.

Next post The Surviving Grady Podcast: What the F$%k Happened to the Red Sox?