Conquest of the Planet of the Wakefields!

Bow your heads! This tribunal is in session!

Thank you, General Aldo. We have a lot to cover today. First things first, this human. The one called Wakefield.

We found him loitering in our crops, Doctor!

Is this true, human?

I was having a catch. We lost the ball in the corn, I went looking for it. Next thing I know, this asshole’s hitting me with a stick.

He was f@#king with our corn!

Let’s keep calm heads, please. Wakefield, what is this thing called “catch,” and, more importantly, what is a talking human in that obscene outfit doing in our city in the year 3975?

Playing baseball. What do you think?

Heresey! Mister Cornelius, can you confirm this wild tale?

Well, Doctor, the scrolls do tell of a man named Wakefield who started over 25,000 games for the Boston Red Sox. And he accurately described the place called “Yawkey Way” which I’ve visited during several outings with the archeological club.

Preposterous. A man doesn’t pitch for close to 2,000 years. Even the great Mariano Rivera was eventually chloroformed in 2099.

Then how do you explain me?

I don’t. You’re a freak. A mistake. A creature that needs to be banished. Back to the Forbidden Zone from where you came.

Whatevs. I got a game tonight, so if you’ll excuse me.

Uh. I don’t think so, sir. He makes a good point. Plus, he signed all these baseballs for the kids’ hospital.

F@#k me. We’re just letting him walk away?

Sir, if it’s any consolation, the conditions in the Forbidden Zone are such that his knuckleball can’t keep working forever. The radiation alone will eventually have a negative impact on his VORP and WHIP.

Good point, Cornelius. Also, you really need to get yourself laid.

Nevermind. Perhaps it’s for the best. Wakefield is a Red Sox through and through, the embodiment of everything that’s right and good with this game. Out there, he will find his destiny. We should allow him to pursue it peacefully.

Plus, once he sees the Statue of Liberty half-buried in the sand, he’s gonna know we’re all on Steinbrenner’s payroll. That reminds me. Guards, how’s the latest free agent signing coming? 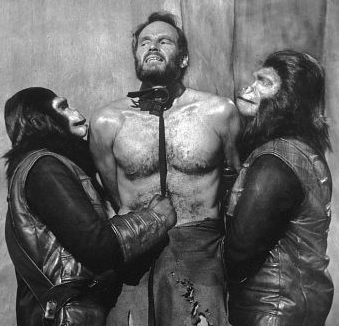 He’s ready to write his name on the line. Aren’t you, motherf@#ker?