I’m In Love. With a Ballpark. 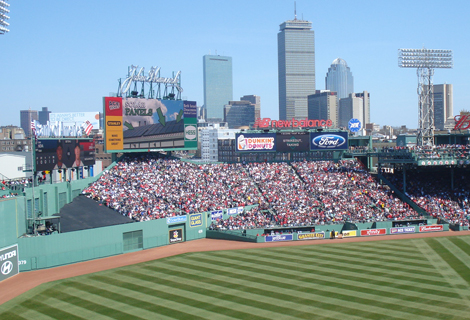 My Dad took me to my first ballgame at Fenway when I was ten years old. And I’ve still got two things from that day.

One is the well-worn, dog-eared program he bought me, which still has his pencil-marked scorecard tucked neatly inside. The other is the indelible memory of walking up that ramp and seeing for the very first time that sweetgodandsonnyjesus explosion of deep blue sky and dark green grass that slaps little shavers [and shavettes] upside the head and says, “Forget everything you’ve learned to this moment. Life for you begins… now.”

Since that day, I’ve made the trek up that concrete ramp at least a hundred times, and every time, I’m that bucktoothed ten year old kid again. It never. gets. old.

Things change. Friends grow up and move away. Players come and go. Van Halen switches lead singers. Robots take your job. But Fenway Park’s always there for you. That green wall. That red seat. Pesky’s Pole. These are good things. Perhaps some of the best.

A few summers ago, I had the privilege of experiencing Fenway from an entirely different angle, actually playing on the field during a charity event. [Actually, it was more like running blindly after fly balls in a fit of apoplexy, but you get the point.] Throughout the entire afternoon, I just stood there, jaw agape, staring blankly into the stands, feeling it all come back to me.

Over there was where Dad and I sat during that very first game. And there’s where me and the guys had a few too many and started the “strike” chant toward the close of the abbreviated 1994 season. And there’s where I sat during that infamous date with Karrie Wexler, “The Hingham Vaccuum” [good times, those]. And there were the bleacher seats Dad and I sat in for Game 3 of the 2003 ALDS, when Trot’s game-winning home run landed just a few feet away from us and in one cataclysmic, clap-your-hands-say-yeah moment nothing was impossible.

Of course, it’s not always sunshine and popsicles and free handjobs [a brief albeit popular attraction during the Butch Huskey era]. For one thing, the seats at Fenway have got to be among the world’s most “ass unfriendly,” which isn’t surprising when you consider that they were constructed in an era in which men wore powdered wigs and “invasion by martians” topped the list of government concerns. At six foot two and slightly north of 200 pounds, I often feel like I’m lowering myself into some sort of medieval torture device every time I sit down, and the pain can sometimes grow unbearable. I’m not looking for a Lay-Z-Boy recliner, but something that doesn’t make my knees bleed would, for me, add just another wonderful dimension to “the Fenway experience.”

Also, the restrooms — at least the men’s restrooms — conjure images of the cage that Chuck Heston spent the better part of Planet of the Apes in. They’re also where every smell that wafts through the ballpark on any given night goes to die. And I won’t even get into the time the old man standing next to me at the urinal inexplicably dropped trou.

But for all her faults, this Park feels more like home to me than any dorm room, apartment or house I’ve ever parked my sorry ass in. Fenway is hallowed ground, and every bit a part of our hearts as the players who dash madly across her grass each season. And with her 100th anniversary upon us this season, I find myself getting oddly emotional as the magical date — April 20, 2012 being the actual 100th birthday — gets closer.

I love this park like George loves Weezy. And that’s a big, big love. 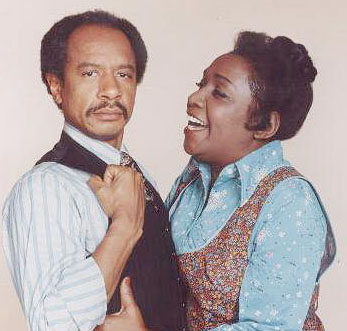