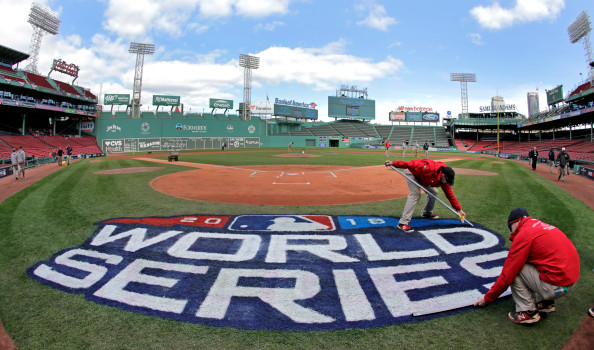 2013 feels like a long time ago, doesn’t it? Game 6 of the World Series was the last time a Red Sox team saw the playoffs and the ball club experienced several ups and downs between then and now. Though the champagne is long gone and 2014/2015 are fresh in every fan’s memory, the pivotal moves during this year’s offseason bring the Red Sox back to an 18-1 chance to win the World Series, according the New Zealand Online Casino Sites.

But what are the real chances of Boston bringing home a fourth Fall Classic in just 12 years? When you cut through the hype and criticism of our rebuilding, fans will flock to online sports betting to cash in this season.

The Post-Theo Era
One look at Theo Epstein’s Chicago Cubs and it’s easy to miss what he built in Boston during the early 2000s. Theo was (and still is) one of the greatest general managers in baseball and his style remains in the front office today. And while we all miss the “good old days,” Mike Hazen has brought new life into the front office and made a huge impact on the team in less than one year.

David Price
While the size of Price’s contract—$217 million over seven years—is highly controversial, there’s nothing controversial about one of the top pitchers in the game moving to Boston as its new ace. And remember, the Hazen didn’t just add Price to the Red Sox, he also subtracted him from the Blue Jays. Any time you can grab a top player from a divisional rival, it’s an extra bonus when competing for the playoffs or playing online casino blackjack.

At 30 years old, Price has plenty of ace left in him and he’s at the top of his game. If he stays healthy, he leads the Red Sox on a serious run through October.

Craig Kimbrel
Red Sox pitching has completely transformed from starting rotation to bullpen and Kimbrel is the final piece from San Diego to bring it all together. He’s one of the most dominant closers in the game with 225 career saves and a 1.63 ERA over the past six seasons (Atlanta Braves, San Diego Padres). The Red Sox will need that accuracy in the ninth inning—the Blue Jays will likely resign Jose Bautista and the Yankees and Rays will keep coming with hitting power.

Big Papi
Every World Series-winning team needs a wild card and this year it could be none other than the legendary David Ortiz. He announced that the 2016 season would be his last and it’s hard to believe this is finally it for the play who was there since it all started in 2004. But unlike Derek Jeter and Kobe Bryant, Papi won’t be getting a farewell tour while the Red Sox struggle to break .500. The Red Sox are contenders and his final season could be the last push to take the club all the way. This is more like Ray Lewis, who inspired the Baltimore Ravens to win the Super Bowl during his final season. The Sox have the talent, and they have the push, this year is looking good.