Are the Boston Red Sox Worth Backing to Win the World Series in 2020? 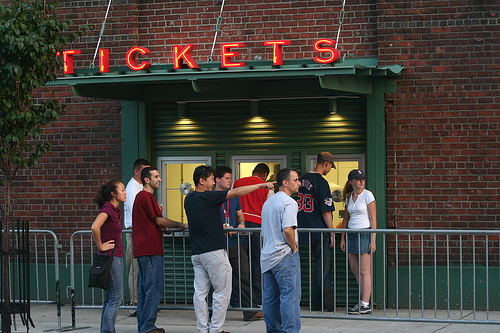 World Series 2020 Odds: Do the Red Sox have any chance to win?
Predicting the World Series winner a month before the start of the regular season is usually a tricky task. The job is particularly tougher for punters in February 2020 as all meaningful free agents have a home in the midst of the pre-season. A solid portion of teams that you’d expect to tank have much more reasons to hope for strong campaigns. The whole situation caused traffic in the potential battle for the top of divisions.

The look at the potential favorites according to the local sportsbooks confirms the aforementioned words. William Hill NJ have listed New York Yankees, Los Angeles Dodgers and Houston Astros as the main favorites to go all the way, but you won’t get odds lower than +300 on any future bet regarding the World Series winners.

Judging to most sports betting operators, Boston Red Sox are not among the top ten contenders. The Reds fans will fancy the massive +4000 odds offered by most local sportsbooks on their team to make it count under the new manager.

Can the Red Sox retain the AL East title?
The Red Sox clinched the division trophy for three straight years but were dethroned by the New York Yankees last year. They had to settle for a disappointing third-place finish as Tampa Bay Rays had a better regular season as well.

Boston’s favorites parted ways with Alex Cora at the start of the year. They thus gave up on the manager who gifted them the World Series silverware two years ago. Ron Roenicke stepped up as the interim manager and will likely lead the team at the beginning of the new season.

With Boston’s roster set after the trades of David Price and Mookie Betts, we pretty much expect them to have a campaign very similar to the previous season. They will hardly challenge the Yankees atop of the division, while the Rays also appear to have a stronger line-up on paper. The third place in the AL East is their max.

Will Boston make it to the playoffs?
Whilst the team have no chances of hurting the New York outfit in the potential battle for the division title, we would not be surprised to see them making it to the post-season. They came seventh in the AL at the end of the last season. Matching such success will be a mountain to climb for this new team, especially knowing they will be heavily challenged by well-improved Chicago White Sox and Los Angeles Angels.

The White Sox possess an extremely talented young squad, while the LA outfit signed a superstar at the third baseman in the like of Anthony Rendon. With Rendon and Mike Trout at the center of their line-up, they will clearly represent a much more formidable force compared to the last season.

Can the Red Sox go all the way?
The schedule is harsh for Boston who will play the likes of New York Yankees and Tampa Bay Rays as many as 36 times combined in the 2020 regular season. If they somehow find a strategy to stay competitive to these two giants, they could theoretically earn a high play-offs seed and enter the post-season on a high and avoid the elimination grief of the previous years. This is why most sportsbooks set them at around 10th-12th place to win the World Series. It is highly generous if we know they should face hard times battling it to make the playoffs after all.

The Red Sox have won the 2013 series in spite of being +7500 to go all the way before the start of the campaign. Nevertheless, we don’t quite see the value in backing Boston at the +4000 odds at this point. As we said above, we can hardly even see them making it to the post-season with the current roster. If you are about to back a Red Sox long-term bet, we’d rather advise you to go for them not to reach the play-offs.