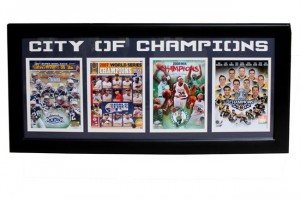 The Bruins puked up a shot at the Stanley Cup by allowing the tying and go-ahead goals in the waning minutes of the third period.

Doc Rivers is heading to the Clippers. KG is most likely not far behind.

Aaron Hernandez is suspected of being involved in one murder and one non-fatal shooting.

The Red Sox have lost four out of five and Clay Buchholz.

Other than that, things are going great. Go Revs?