For Those About to Leskanic, We Salute You 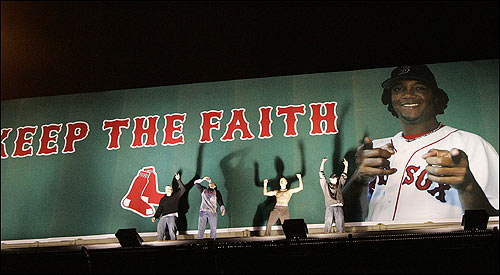 The Red Sox will be honoring the members of the 2004 team prior to tonight’s game. We hope the festivities are carried live on NESN. And we hope Hazel Mae is on hand. And we hope Kevin Millar is given a live mic for the proceedings. And we hope at some point ownership just says, “F$%k it” and rolls video of game four of the World Series instead of playing the actual scheduled game.

For those of you unfamiliar with how it went down in 2004, here’s your spoiler:

Man, I will never get tired of watching that.

Previous post Because Too Much Wakefield is Never Enough