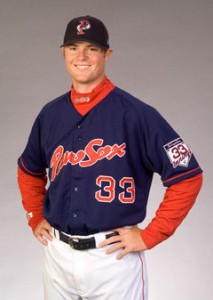 Remember that time the Sox won two in a row? Me either, it hasn’t happened yet this season. Maybe today.  If I had to put my money on anyone to follow a Commander Kickass beatdown with one of his own, it would be Jon Lester.

Crawford leading off? Yes, he’s got good numbers against Jesse Litsch, maybe this will give him the kick-start he desperately needs. Salty back in at catcher…what choice do we really have? Maybe something out of Drew or a breakout game from A-Gon? The possibilities are endless.