As a Matter of Fact, J.D. Drew Does Enjoy Kicking Your Ass 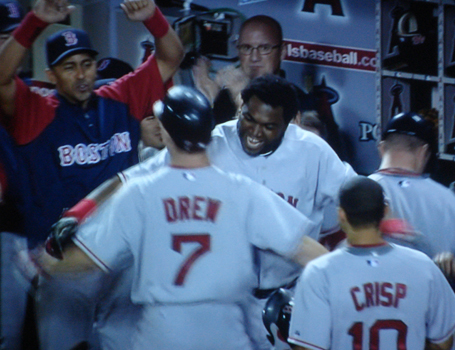 I’ll admit. Last year ’round this time, Pin the Tail on J.D. was one of my favorite pastimes. All that money… tied up in a guy who couldn’t seem to find his ass with both hands and a map, let alone deliver in the five hole. He was supposed to join Manny and Papi as the third component of a new holy trinity. Instead, he had me stumbling drunk across Huntington Ave in the rain, begging the Gods of Baseball to bring back my Nixon to me.

Then I read about his son. And everything changed.

As I noted before, one of my kids had the same thing J.D.’s son suffered from. It’s called dysplasia of the hip, and it basically means that the hip has slipped out of the socket. So a surgeon has to go in and sew it back into place. In more severe cases, like my daughter’s, it has to be screwed into the pelvis.

The surgery’s one thing. But the recovery process involves wearing a body cast for about a month and a half. And when you see your kid engulfed from head to toe in plaster and fiberglass, let’s just say that the good times essentially go on ice for a while.

I didn’t get much of anything done while my daughter was in her cast. But unlike Drew, I didn’t have 38,000 people riding my ass every night when I struck out or muffed a play in the outfield. So I give him credit for not flipping out and shivving anyone in the right field corner last summer.

With his son on the mend, Drew certainly seems to be making up for lost time; over the first three weeks of June, as the Globe reminds us, the guy’s batting .441 (26-for-59) with nine homers and 21 RBIs. In other words, he’s doing exactly what we hoped he’d be doing when he was signed, and he’s doing it when we need it most, with Ortiz down and out. Wednesday afternoon, he was on the job again, cracking four hits and yet another home run while the boos poured down from Philly’s finest, who haven’t forgotten Drew’s refusal to sign with the team after they drafted him in ’97.

“They’re not going to forget, I know that much,” Drew said. “It’s always one of those situations where you go out there and battle and you’re going to hear things that you don’t normally hear at other parks. It makes it fun.”

Personally, I like to see J.D. Drew having fun. And it certainly bodes well for a monster summer. 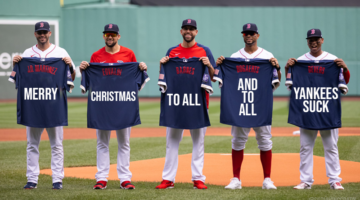 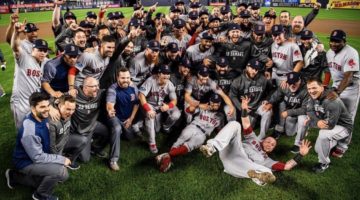 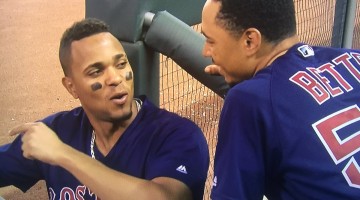