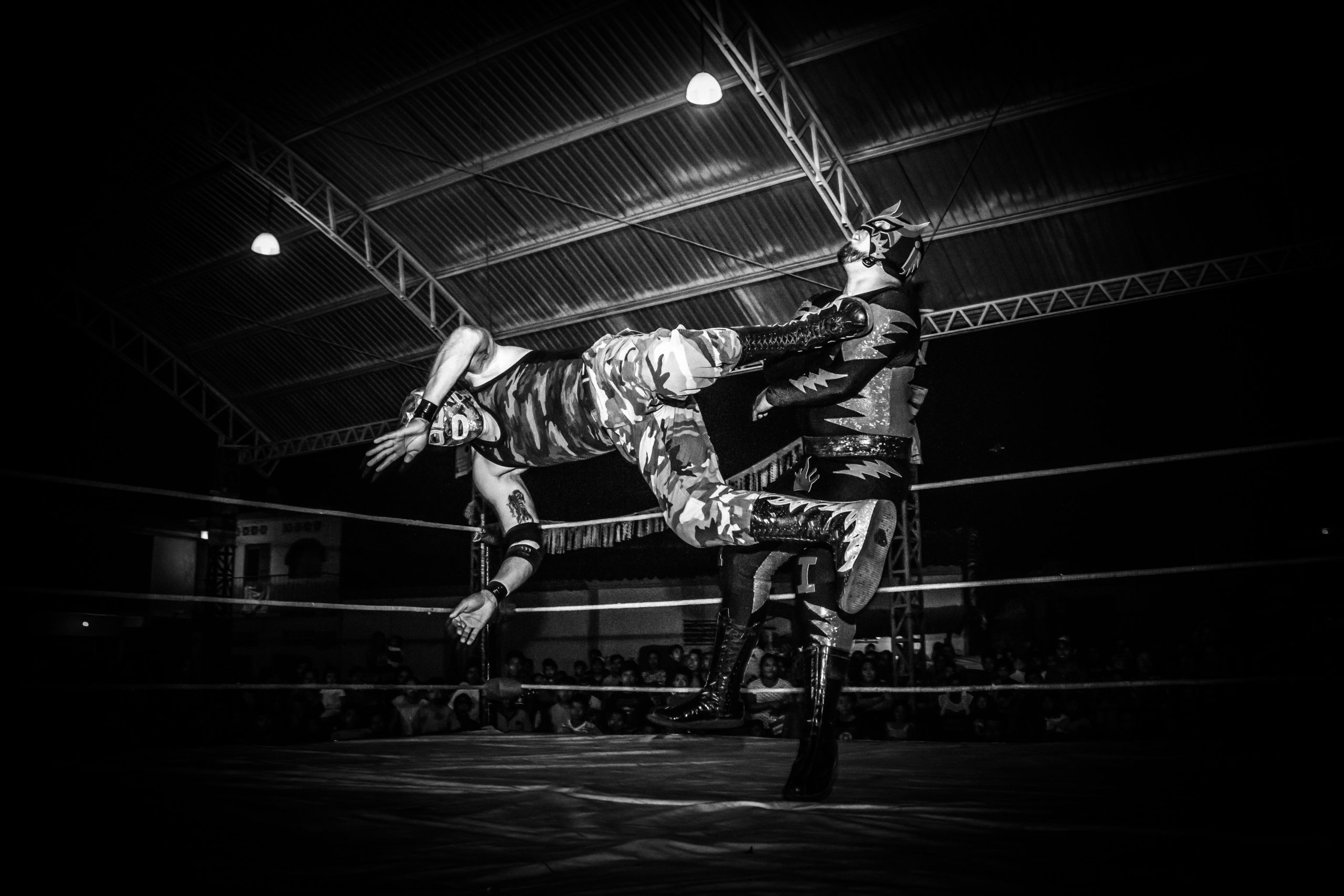 In the late 1990s into the early 2000s, the Monday Night Wars took place. The two combatants were Vince McMahon’s World Wrestling Federation and Ted Turner’s WCW. They vied for supremacy with their two TV shows, Monday Night Raw and WCW Nitro, respectively.

In 2001, the WWF won the Monday Night Wars when Vince McMahon shockingly bought out WCW. Raw had been crushing Nitro in the ratings for months at that point, and Turner had tired of the game. He pulled out of the wrestling industry and decided to focus on other ventures.

Since then, the WWF, which became the WWE back in 2002, has dominated the American wrestling landscape. But within the past two years, another challenger has risen to tangle with the WWE and the McMahon family: AEW, or All Elite Wrestling.

Why Did AEW Emerge?
Some scientists will tell you that nature abhors a vacuum. That means that if there’s ever a spot available in any hierarchy, something will step in to claim it. It’s like that in any niche market, and professional wrestling is no exception.

There is a dedicated fanbase that loves pro wrestling. They don’t care about the brain stem injuries and broken bones that come with the territory. They love the pageantry, the physicality, and this entertainment form’s over-the-top style.

This fanbase was ready for something different, a mainstream company that wasn’t the WWE. That’s mostly because the WWE is a publicly-traded company now. Because of that, they produce a TV-PG product.

You can’t do much on TV with a PG rating. By contrast, in the late 90s, during the Monday Night Wars, Raw, the WWE’s flagship show, earned itself a TV-14 rating. That meant they could cuss, they could talk about sex, and most importantly, they could show blood.

In 2021, there’s a large portion of the wrestling fanbase that doesn’t want to see the TV-PG product that the WWE produces. They want the bombast of the late 90s, the so-called “Attitude Era.” They get something along those lines with AEW, the new kid on the block.

What is AEW?
All Elite Wrestling is Tony Khan’s brainchild. Tony Khan is Shad Kahn’s son, and Shad Kahn is the Jacksonville Jaguars’ owner.

Tony Khan is a wrestling fan, and he wanted an alternative to the WWE, just as so many other fans did. He got together with a few like-minded individuals. The other prominent figures were Kenny Omega, who had wrestled in Japan for many years, the Young Bucks, who many consider to be the best tag team in the world today, and Cody Rhodes, son of the legendary Dusty Rhodes.

This team pooled their resources and started recruiting. They picked and chose from among the indie talent that the WWE didn’t want. They also contacted a bunch of WWE castoffs who had grudges against Vince McMahon and the company for one reason or another.

What Does the Future Look Like for this Rivalry?
Late in 2019, AEW launched its flagship program, AEW Dynamite. They decided to air it on Wednesday nights on TNT, the network that used to run WCW Nitro. In a sense, a new war was about to begin since the WWE quickly launched a rival program, NXT, in that same timeslot on the USA network.

Since then, the two shows have gone head-to-head. AEW has been getting steadily better ratings over the last few months. They often beat the WWE’s NXT offering.

It’s tough to really say what the future holds for these two companies. Vince McMahon is 75. He’d like to keep fighting back against what he perceives as threats to his empire and US wrestling monopoly, but he can’t do it forever.

Most wrestling fans would agree that competition is a good thing. It brought the best out of both WCW and the WWF back in the 90s, and that was a time of unbridled creativity and many classic feuds and matches.

There are probably going to be fans at this point who are avid WWE or AEW supporters. The two products are pretty different, so each fan can pick and choose between them based on what they want to see from a wrestling show.

What’s unclear is whether Tony Khan and company are ambitious enough to try and topple the kingpin, the WWE. They might decide to just stay in their lane. What’s evident, though, is that pro wrestling is going through another renaissance, and there’s tremendous fan excitement because of it.