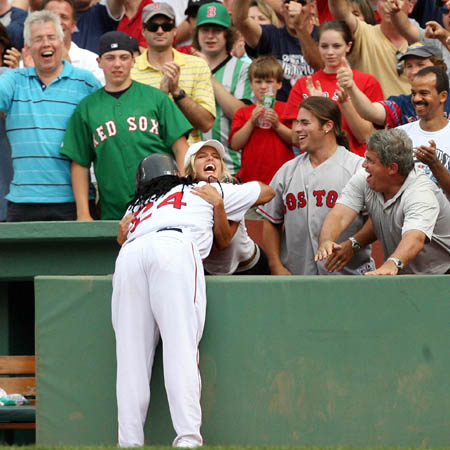 There is no better sport to bet on than baseball, if for nothing more than the fact hat it gives you 165 chances in the regular season to score big. The length of the season also allows you to make fairly educated estimations of each team’s skill level, and follow them through to (hopefully) the playoffs and eventually (even more hopefully) the World Series.

Another great thing about betting on baseball is that you don’t have to annoy yourself with irritating point spreads and other things that can prove to confusing to even the most seasoned bettors. There is also an increased interest in baseball thanks to educational sites and access to a better betting guide that have delivered large profits to baseball bettors over a period of time.

We must also remember that baseball is a game that features many unique betting angles. Some of the important factors involved in baseball betting include: who are the umpires working the specific games, team losing or winning streaks, who is pitching on any given day (all of them go through hot spells and dry spells and struggles throughout the season) and game conditions (such as day/night, surface and weather).

There are three segments to the baseball betting season:

Out of Spring Training (April to May)
This is the early part of the season, when teams break camp and everyone has a legitimate chance to be the champs. Apart from that, pitchers are placed ahead of hitters coming from spring training. However, the odds for the underdogs remain the same even in the early part of the season. The key point is that it’s always better to back the underdogs during the early stages of a baseball season.

Umpires also play a major role in baseball games, more so during the early games. No matter how much they may be criticized for their decisions, it’s a fact that umpires are majorly consistent and stay that way throughout the season. In addition, umpires are carefully factored-in for the over/under totals. The umpires with wide and large strike zones are preferred for the under, while the ones with smaller strike zones make a better choice for the over.

You must also consider how the pitchers are used during the early stages of the season. In case a manager is forced to use his bullpen excessively one night, and an ok-ok pitcher the next, you must bet on the over (on the next night). On the other hand, if the bullpen’s all raring to go and is at his best, a low scoring game may be on the cards. You know you must bet on the under in that scenario!

Mid-season (June to July)
This is where things start to heat up, and certain teams pull ahead of the pack. As a bettor, it’s important to pay attention to pitchers that seem like having breakout years. Other than that, back the pitchers that are at their peak for the good teams. When it comes to baseball, good teams can be propelled by great pitchers.

Post All-Star Game (August to September)
Baseball is all about slumps and streaks. If you’ve seen the classic baseball film Bull Durham, you’d remember Crash Davis talking about respecting and not messing with a streak. There couldn’t be a better baseball betting analogy! Any time you see a team on a losing streak, continue betting against it. On the other hand, keep playing them when they’re winning left right and center! Both losing and winning are contagious in the game of baseball.