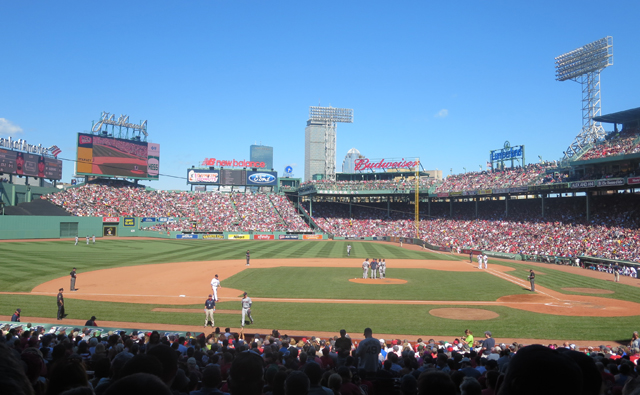 The Boston Red Sox haven’t tasted a World Series victory since 2018 and have been crowned as World Champions nine times. The Boston Red Sox are one of the most famous sports franchises in the entire world and have a legion of fans all over the world streaming MLB games. Last year the Red Sox put themselves right in the mix for yet another World Championship but fell at the American League Championship stage to the Houston Astros.

So what chance do the Red Sox have to win it all?
Last season the Red Sox surpassed expectations by reaching the American League Championship. The Red Sox by their own admission were well ahead of schedule and this year it looks like they have the roster to make a deep playoff run.

They have been able to bring back players such as Christian Vasquez and Kevin Plawecki. The addition of Trevor Story has to be seen as a huge upgrade on what was there previously. However, the loss of Chris Sale for at least two months and with the Red Sox having some questionable pitching depth, it does leave an air of vulnerability surrounding the team as they navigate their upcoming MLB schedule.

Couple this in with the fact the Red Sox play in the most competitive division within the MLB and it could be a season that could go either way.

Most pundits believe that the Red Sox will either just scrape into the playoffs as the American League’s final wildcard or just miss out.

The general consensus is that the cross border rivals the Toronto Blue Jays have the best roster in the division and arguably the entire MLB. The Yankees are well…. the Yankees and it looks like the winner of the division will come down to who can come out on top of the head to head encounters.

Alex Cora
Four of the five teams in the Red Sox’s division are just loaded and calling a winner of the division certainly isn’t the easiest thing to do. Where perhaps the Red Sox have an edge is through manager Alex Cora.

Despite Cora’s checkered past, Cora has never coached the team to a losing record. Remember, Cora is one of only a few managers in history who have been able to win a World Series title in their first season.