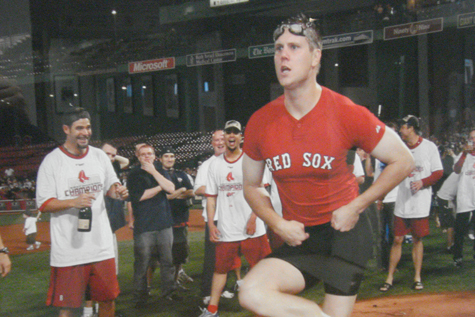 Word out of Philly is that Papelbon has signed on to be the team’s new closer. If that’s the case, I’ll miss the crazy bastard. My lasting memory of him won’t be the epic unwinding against the Orioles to sound the 2011 death knell. But rather the post-2007 mayhem that he inspired in scenes such as the screen shot above.

Coincidentally, that photo is one of the first things you see on the wall when you first head into Fenway’s broadcast/media area. Anyone who says they wouldn’t want this f#$ker hanging over their fireplace is a lying whore.