Why the Red Sox Will Make the Playoffs. And, No, I Haven’t Been Drinking. 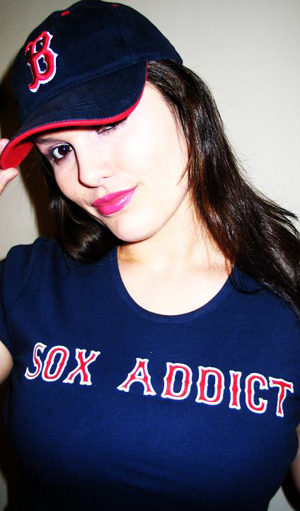 It’s okay to be happy and optimistic and sober.

Will the same fate befall the 2012 team? I don’t think so. In fact, this year’s group will likely make the playoffs. And, no, I haven’t touched alcohol in more than 48 hours.

There are two things the 2012 Sox have going for them. One is an abundance of talent. The ’97 Sox were anchored by the likes of Tim Naehring, Wil Cordero, Scott Hatteberg and Darren Bragg. Prolonged exposure to that line-up provoked me, on more than one occasion, to turn to whomever I happened to be watching the game with and say, “To hell with this. Want to come out back and kick me square in the nuts a few times?”

Although Adrian Gonzalez’ bat has gone missing, Carl Crawford is just now wading back into the pool of full-time play, and Nick Punto continues to exist, the 2012 Sox are fully capable of going on an absolutely asstastic stretch. And I mean “asstastic” in a good way, not in an “every episode of ‘Happy Days’ after Ron Howard left the cast” way. In fact, a 21-8 August is not entirely out of the question. Neither, of course, is the thought that a race of alien Jessica Biels will abduct me and whisk me away to their home planet to help them repopulate. But just work with me here.

The other advantage is the two wild card teams factor. For all their dismal play of late, the Sox are only 5.5 games out of the wild card race, and it’s not difficult to imagine them hanging tough with a decent August. The thing about the playoffs is just getting in by any means necessary. Because once you’re there, as 2004 taught us, anything can happen.

The thought of Jon Lester on the hill against the Yankees this afternoon doesn’t exactly inspire confidence. In fact, it inspires me to want to shotgun about 54 Bud Lights and hijack a blimp to fly into Yankee Stadium. But even if we get swept out of New York, our season is far from over.

In our minds, it may be. But mathematically, we rock on.

Previous post The Battle of Who Could Care Less